a corner of my garden

welcome to a corner of my garden, and a journey through time. 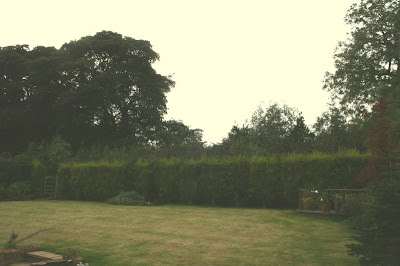 August 2009. note the excess of conifers. 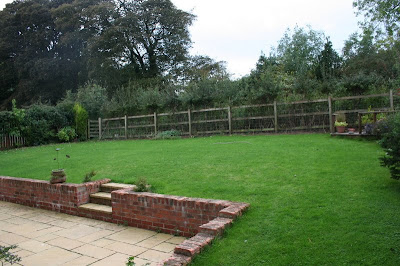 September 2009 - no more conifers, now we can see a hedge of rather dead looking hawthorn...... and the grass looks less dead. 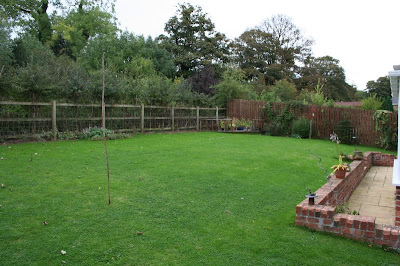 same time, view from across the garden.
wondering why there's a big stick in the middle of the lawn?
me too. 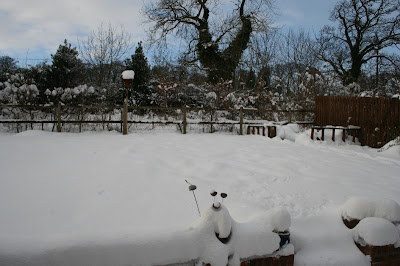 January 2010. garden what garden.
I'm impressed that the snow is so deep you can no longer tell the garden is on a hill. 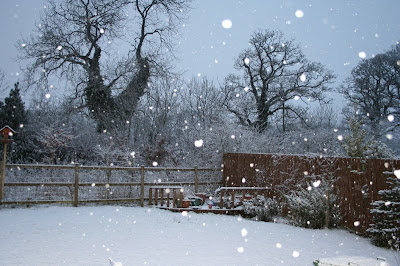 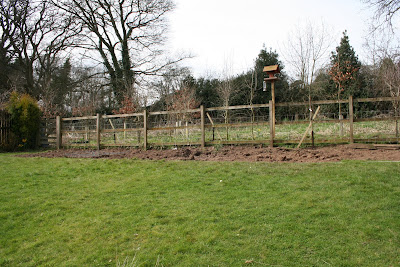 April 2010. we've thinned out lots of the dead hawthorns, we can now see into the wilderness behind our garden, and the new trees we've planted - a cherry, a plum and a crab apple.
oh and we've dug up a huge swathe of the lawn. 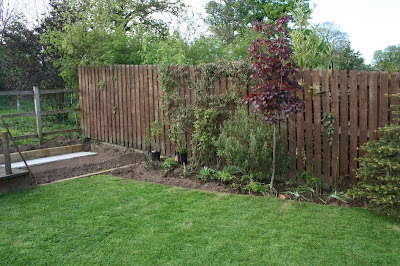 May 2010. the deck moves 8ft to the left.
sounds easy doesn't it.
we thought so too.
we were wrong.
but move it did - eventually!
and then patio flags are laid, and the meccano building can start. 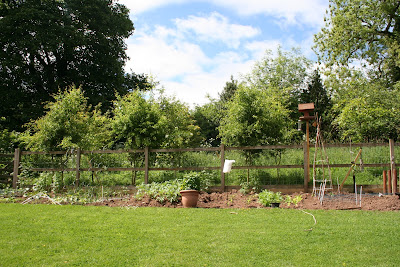 June 2010 - the dug up lawn has become a veggie patch, neatly edged with wood. (edged with wood at the back too to try and prevent the nettle population of the wilderness zone taking up residence amongst the spuds.) 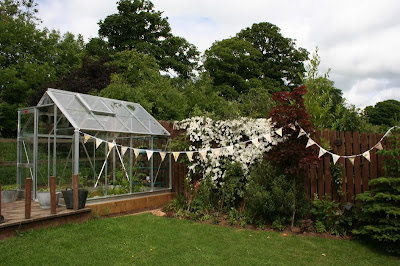 and the final ta-da.
meet Gertie. Gertie the greenhouse.
my birthday present.
I love it.
expect to be bored with photos of tomato plants for the rest of the summer.
Posted by driftwood at 20:55