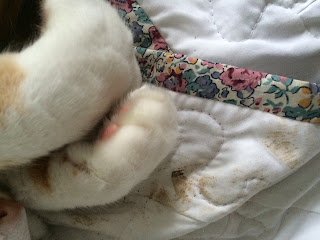 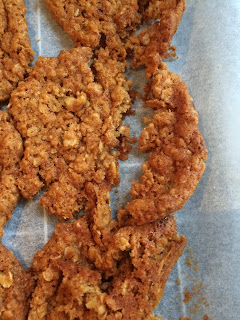 Hurray, I just got in under the two year time window! Although a good part of the latter part of this time was putting off the actual quilting of it, and then finding a solution to the endlessly snapping threads that were driving me mad.

Anyway enough of that that. You want to see photos right. The problem is that photographing the largest quilt in the world is not easy. I enlisted a friend. We went out into the woods. One person really can't hold it on their own. We tried a self timer on the camera, and I nearly fell off the wall we were balancing on, and nettles stung me through my jeans. You have to really want a photograph to put up with nettle stings in my world.......... 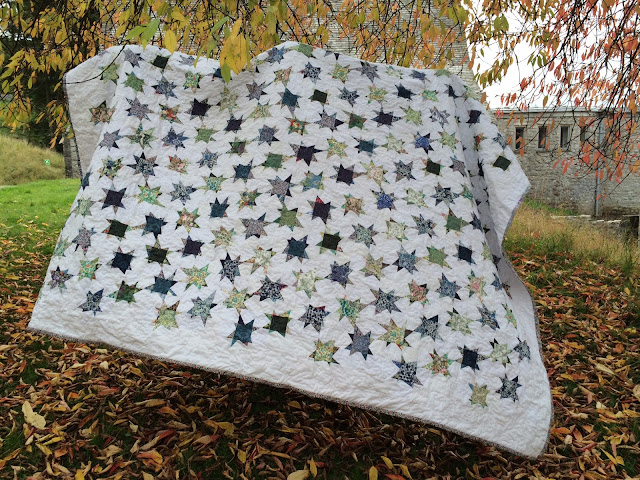 Then I balanced it on my head and pretended to be a giant ghost. 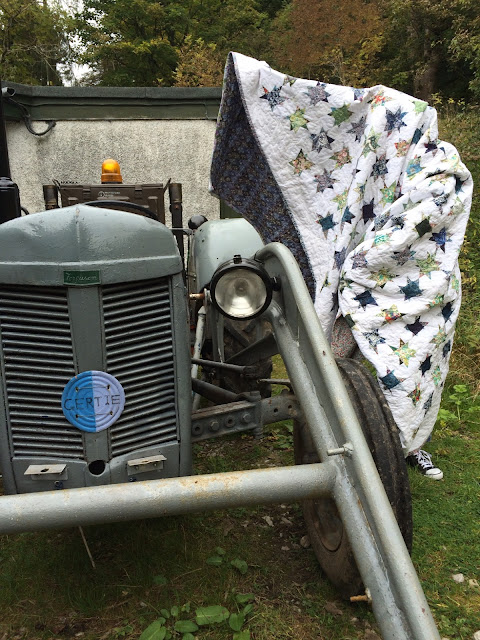 We tried out some props, but I really couldn't bring myself to drape it over the rather mucky but lovely vintage tractor........ 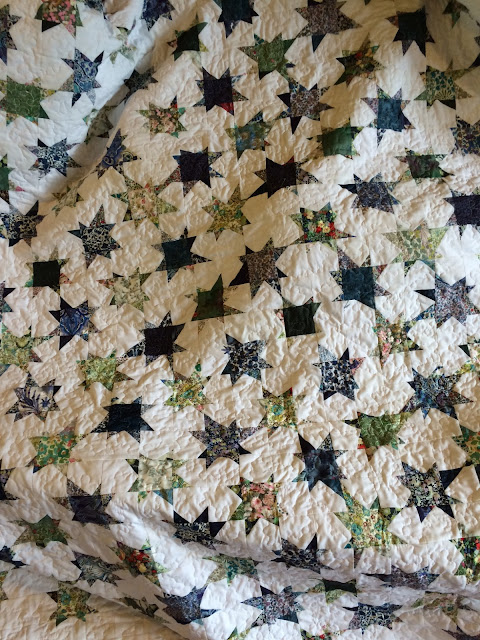 so we retreated back inside for me more tea and I just draped it on the sofa instead....... 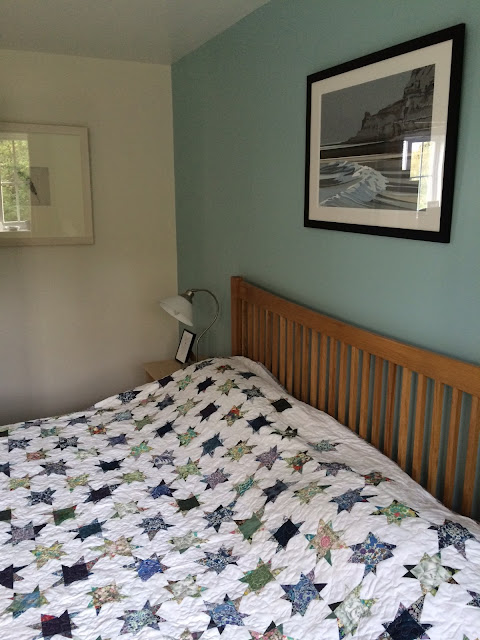 in reality though it's easiest to photograph quilts in their natural environment. 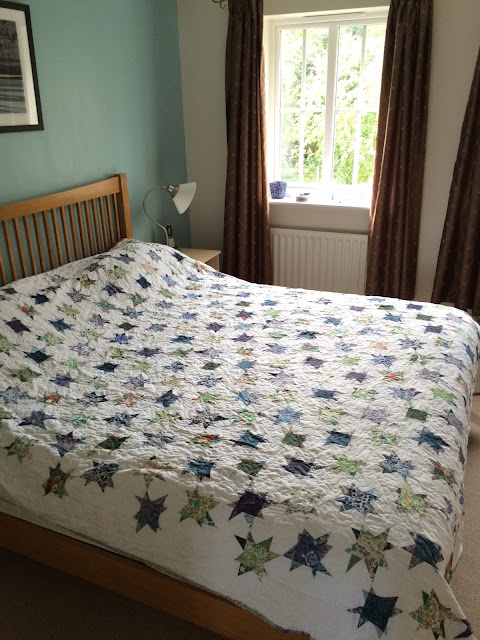 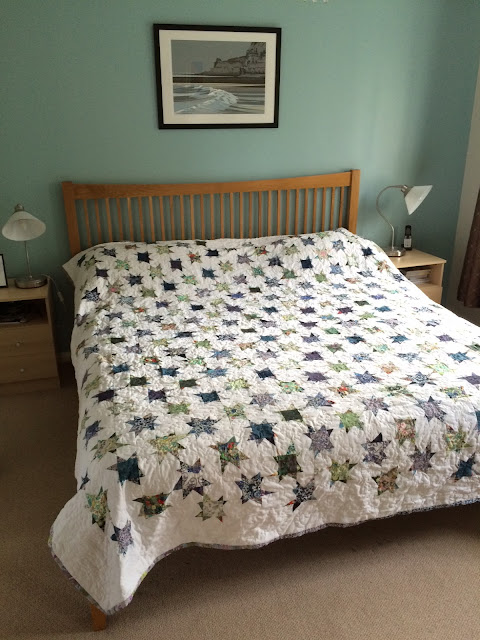 details of the rest of the quilt story can be found here, here, here and here! 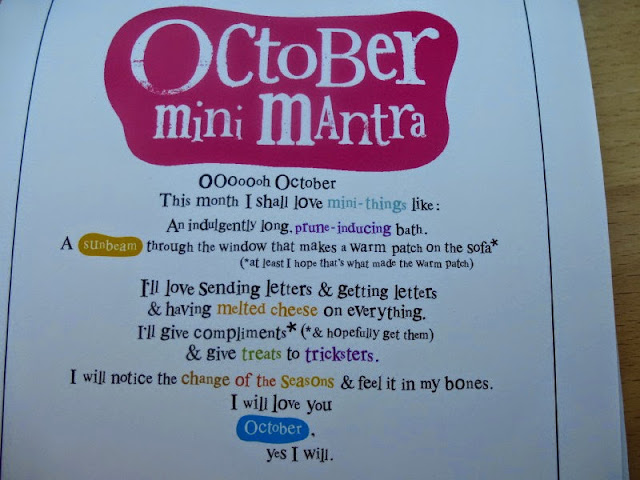 Hello October.
You are Miss K's favourite month.
Well apart from December, but then that has Christmas and birthdays and so it wins.....
Miss K loves you because of Halloween. Even at nearly 17 she loves it. Spiders and pumpkins and decorations and this year we'll be joining in with a Guiness world record attempt for the most people dressed as witches in one place.
I'm less keen on Halloween personally, although I suppose I can make soup of out the pumpkins so it's not all bad.....

I am looking forward to be proud of yourself day, I'm happy to join in with  feed some ducks day
but most of all I'm excited for duvet day.