What were you doing 10 years ago?

10 years ago this June we were living in Rockport Ma. USA, J was working in Boston, I worked in the local preschool, and we rented a one room flat with a sea view. You couldn't have an arguement because the only place to go was the bathroom, or the deck.. We didn't have a tv, and spent hours wandering along the beach, fishing (well reading a book whilst J fished mostly) and watching the waves crashing on the rocks. At the end of June we both left our jobs and had a months vacation, during which time we finally had our honeymoon (having been married 2 and 1/2 years..) to the pacific northwest, flying into Seattle we stayed with friends, and then hired a car and drove through the north cascade mountains, across to Glacier National Park, back to Mount St Helen's, and Mount Ranier, and then north to Olympia National Park and rainforest. I was 5 months pregnant with Miss K and really annoyed when the people at the cattle ranch we visited wouldn't let me go riding, now I'm telling you we were in much more danger driving on some of those mountain roads than you ever would be on a horse. We camped for the whole trip, sometimes in big sites where our little tiny car and teeny weeny tent were dwarfed by huge trailers and motor homes, and sometimes in tiny wilderness campsites, where you wrote your name and car registration on an envelope, enclosed $5 and stuck it on the notice board, presumably at the end of the year a ranger comes along and collects the money, and checks you haven't been eaten by bears, or cougars, or washed away by flash floods - all of which were a risk at one of the best places we went to - for some reason no one else seemed to be impressed as we had the whole forest to ourselves, - well except for the bears and cougars of course, but we didn't see them any more than we saw the rangers.

At the end of July we moved back to the UK, J got a job in Leeds, and so far we're still here.

things I would do if I were a billionaire

buy a decent computer and get 8mb broadband, instead of being driven mad by this old and SLOW laptop, and then all the serious things, like look after my family and friends, and give lots to charity, and maybe buy a house with a seaview, and (this one makes me feel really shallow) - get a cleaner......

places I have lived

people I want to know more about

- only if you want to though , anyone else want to join in too that would be great

as I don't have any photo to go with the tag (all my trip photos are pre-digital, I'll have to try and scan some sometime) here are some different photo's

my first french seam! very excited about this I was - sad I know, but true. 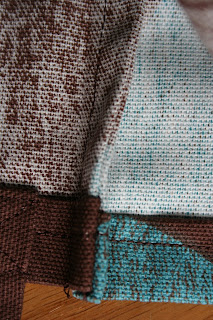 and some lovely fabric that Sheila of Tea and Toast sent me from a giveaway she did, it's gorgeous and I'm ashamed I've taken so long to write about it - thanks again Sheila - there'll be a proper thankyou in the post soon. 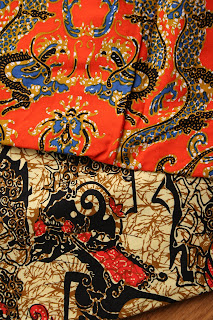 now I need to decide what to make with it - suggestions anyone?
Posted by driftwood at 07:22