beach art or bodies on the beach?

one night last week J and I found ourselves watching Vera, a police tv drama. not that unusual there are a lot of such things, but this one was unusual in that it was set in the North East. Usually London, Oxford or New York are the settings for crimes, so we found ourselves entranced to see Newcastle, Tyneside and much more locally Dunstanburgh castle as the location for the discovery of bodies.....

Craster to Dunstanburgh is one of our favourite walks, so the next night after dinner we found ourselves wandering along the shoreline, chatting, collecting shells, and keeping an eye open for dead bodies just incase.

imagine our surprise when we found not just one body, but several! 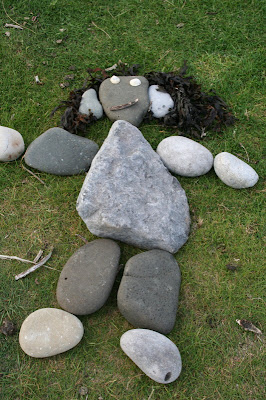 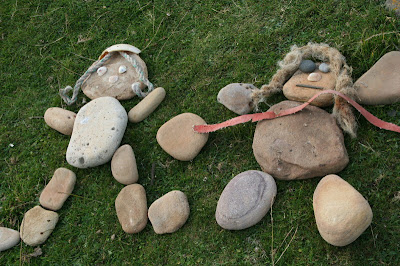 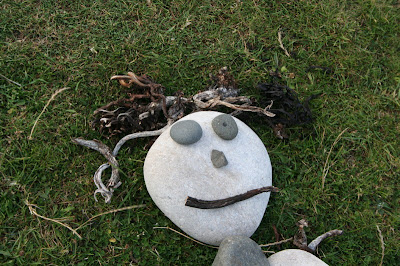 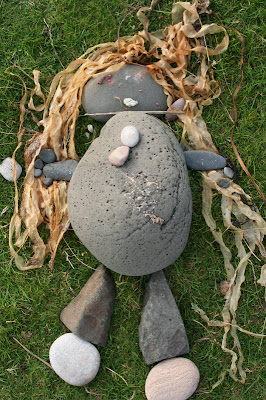 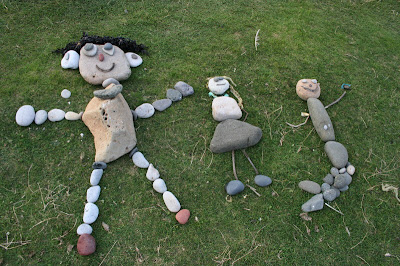 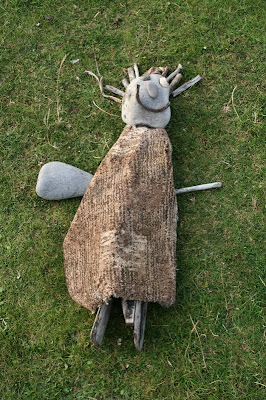 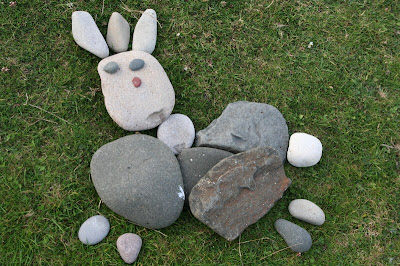 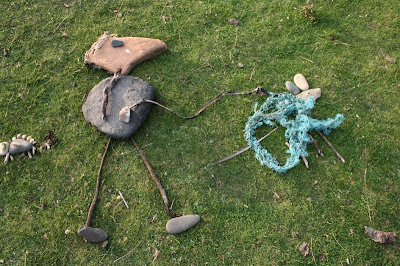 and we added one for someone else to find. (the one in the dress!)