a conversation with E.

"I want to make a present for Mrs F. It needs to be Star Wars themed. Mrs F likes Star Wars and she told us on transfer day last year that any gifts we ever got her have to be Star Wars" 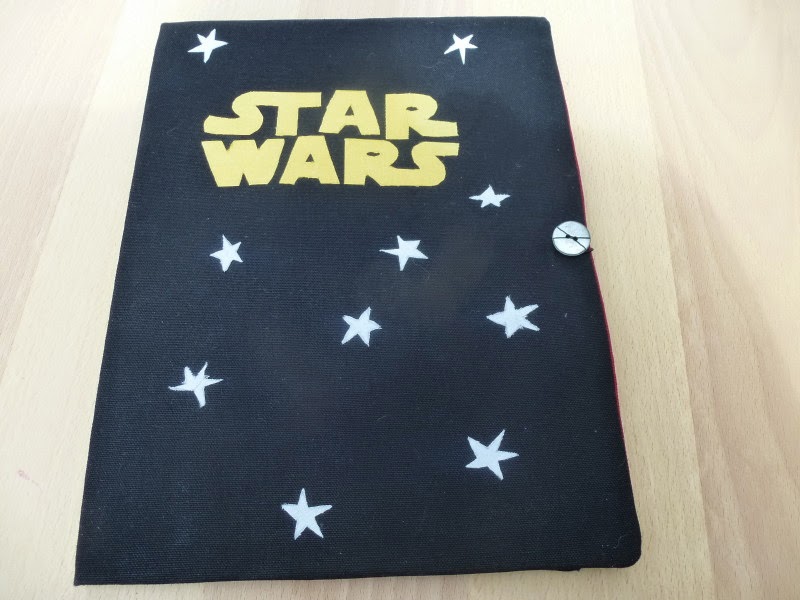 this from the boy that can't remember what day of the week it is,
but he can remember what someone said about Star Wars over a year ago.........

"oh and it has to have Galaxy chocolate with it too."

presumably this is due to Star Wars taking place in "a Galaxy Far Far Away",
but I decide not to go there..........

after Much discussion it is decided we will sew a document wallet envelope pockety thing, that can hold useful papers and chocolate.

there is then a lot of discussion about why we can't sew Yoda (or Darth Vader, or embroider a Death Star, or make flashing light sabres) on the cover, long sighs from E, and then from me, and a compromise of stars and lettering. which used up the last of my favourite fusible bonding magic stuff so I hope Mrs F appreciates that...... 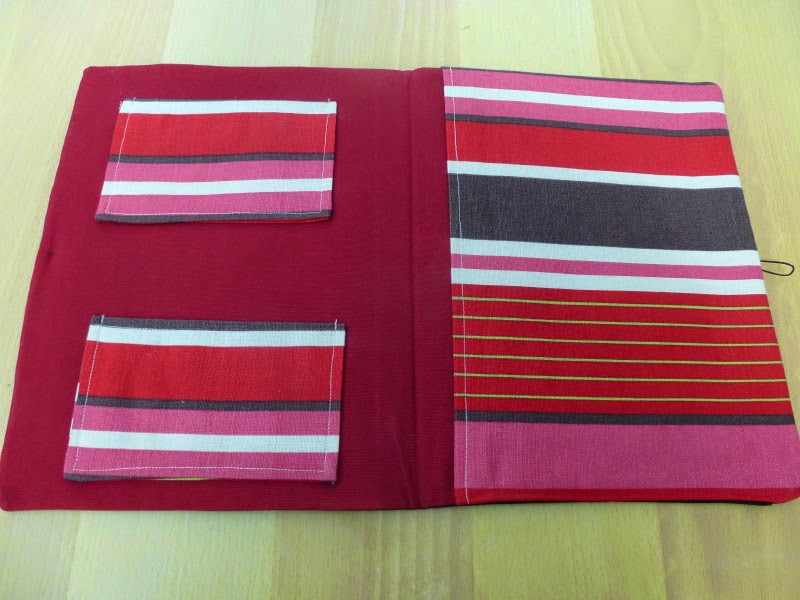 the measuring got a bit haphazard and the seams are a bit wonky and bulky (but he sewed it all himself and only nearly sewed my finger once) so the large pocket fits sheets of A4 paper "just" but the small pocket will still be fine for chocolate.
When I've bought it.
Which is the next thing on my to do list after drink tea, drink more tea and continue to wonder how on earth the youngest child can be leaving middle school and going to high school....

eventually we find a shirt he likes.
no one else in the entire world would like a shirt like this surely.
or think it the right thing to wear to a "it's Not a prom!!!!!"

and then of course he wants to wear a bow tie with it.

what could be harder than fitting a bow tie on a taller than I am wriggling 13 year old?
surely nothing.

oh except trying to get a decent photograph of him wearing it. 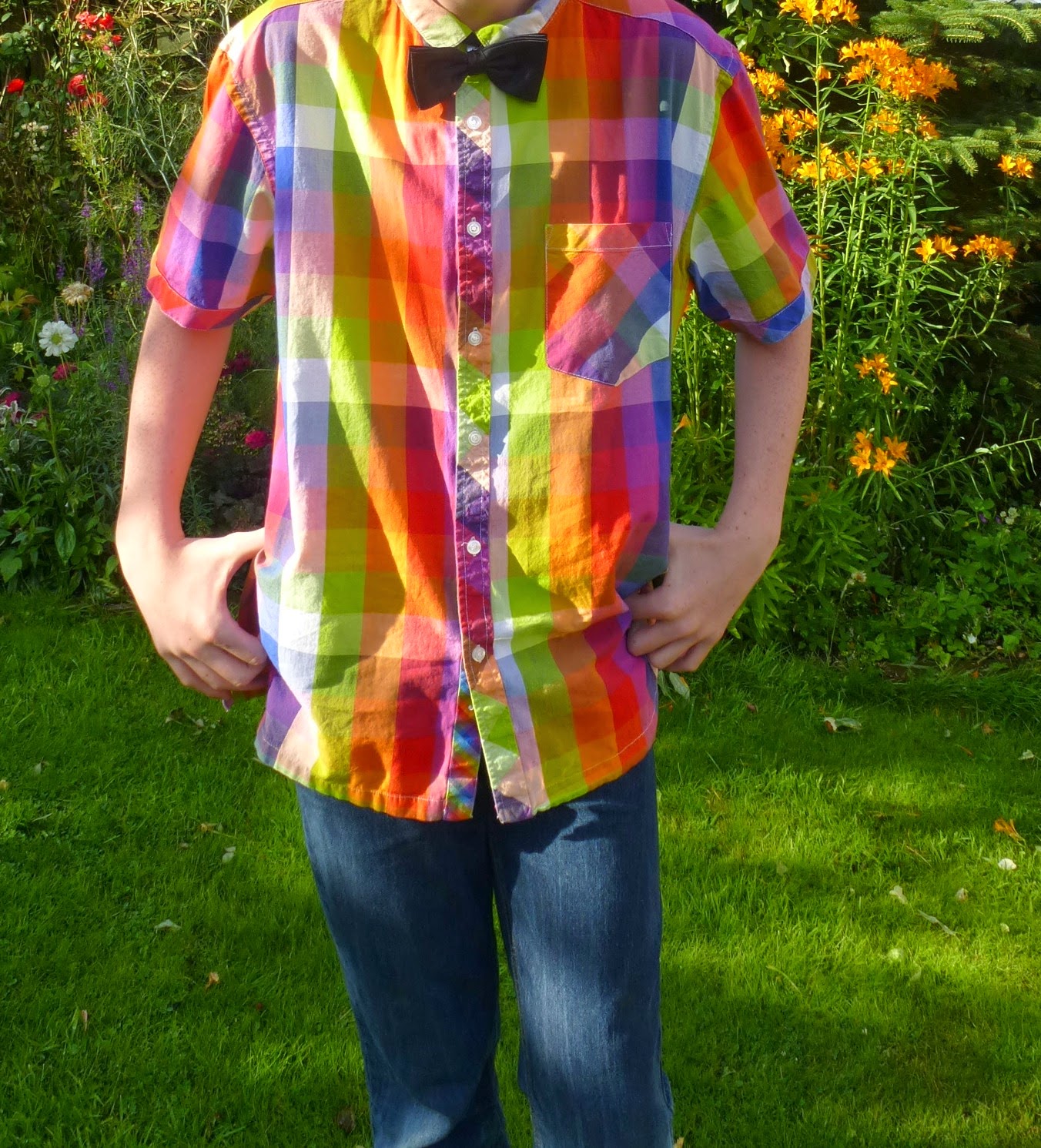 I gave up.
he kept pulling silly faces so I just chopped off his head.