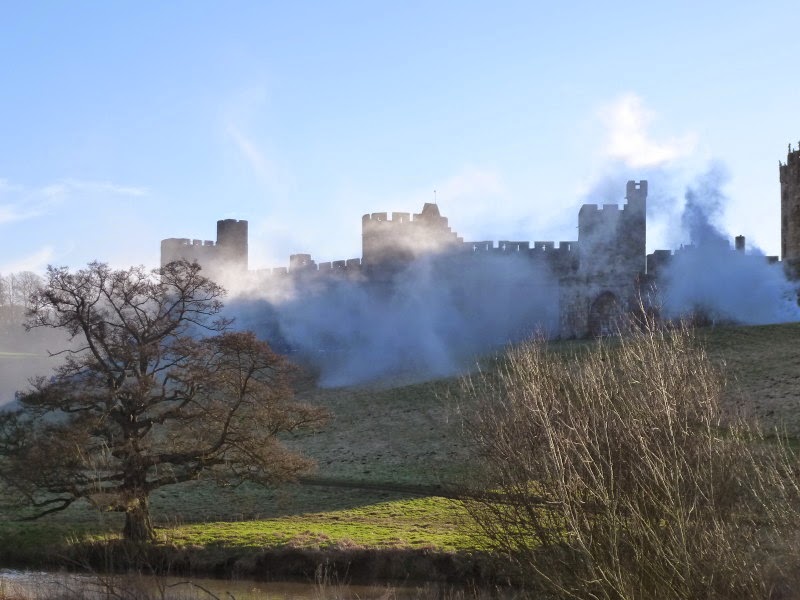 They picked the coldest week of the winter so far, and possibly the muddiest. 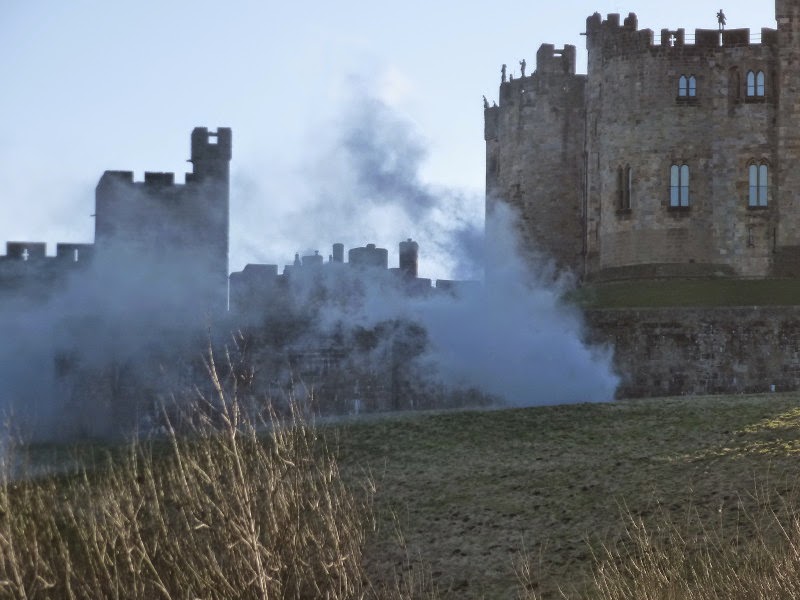 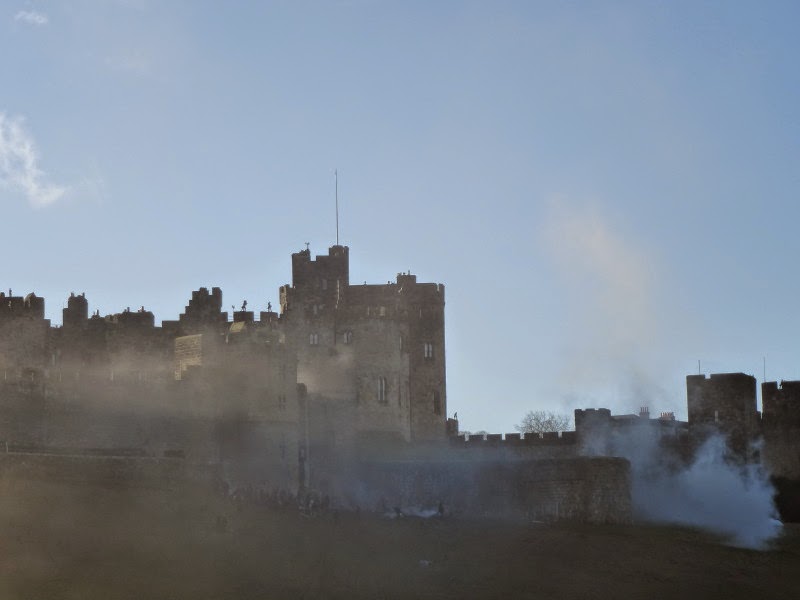 with knights and horses, and smoke machines to add to the drama 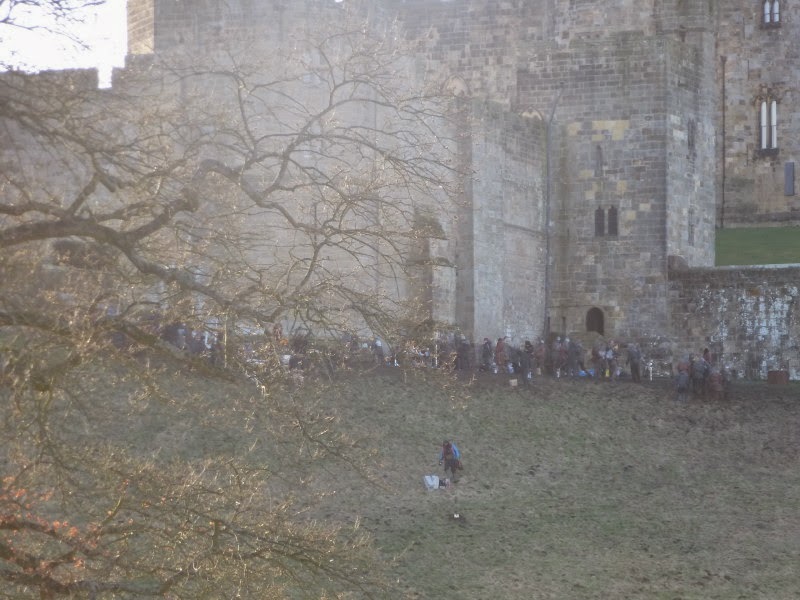 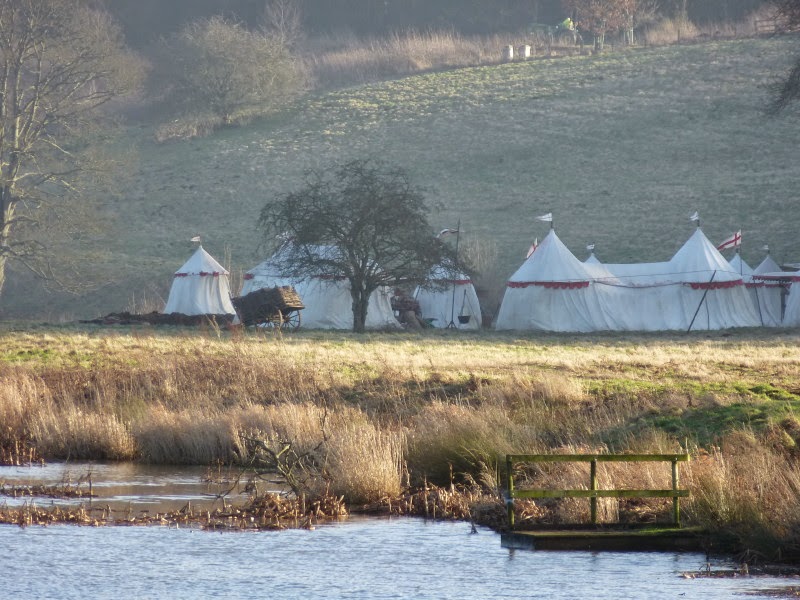 None of the major actors were seen in the town, unlike during the filming of Downton Abbey in the summer,
much to the disappointment of everyone who hoped to catch a glimpse of Benedict Cumberbatch...... 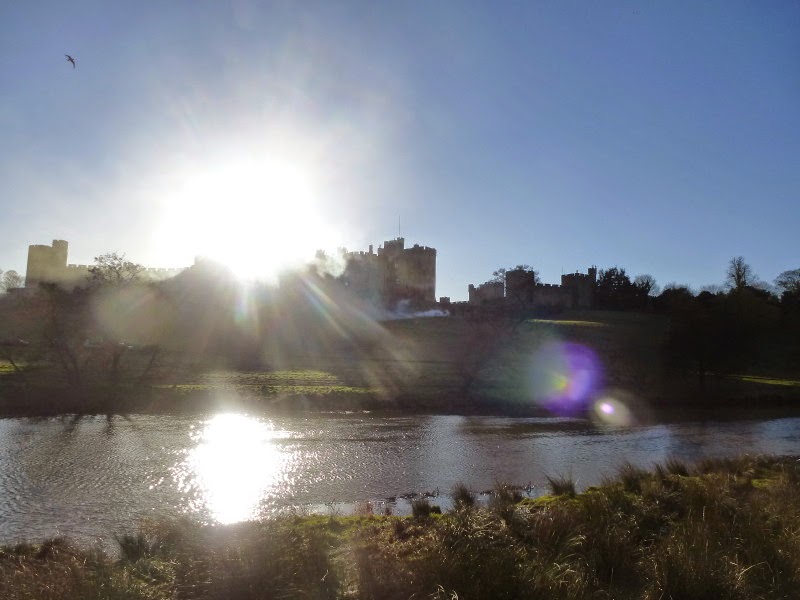 I think the castle may end up being the star of the show though.  I can't tell you how many photos I took of the way the light was  appearing behind the ramparts and then glistening on the water