OK, so digging up and trashing the garden seemed like a great idea last weekend. This weekend we spent MANY hours digging up the roots of the two big shrubs, which were very firmly attached to the border, and really didn't want to move.... but eventually out they did come, leaving two enormous holes and a pile of earth the size of a small mountain, and a garden full of debris and mess......

meanwhile the house is a bombsite because it's half term, and we seem to have done quite a lot of entertaining and feeding of my sister's 3 children, who are here from London, so just imagine the piles of washing up, and the mountains of toys everywhere - no photos - too scary....

so now you have envisaged the total havoc that is my home, imagine my delight when on Monday the estate agents ran at 5pm, and said "we've got some people who'd like to view your house ----- tomorrow....."

I resorted to mild panic, running about like a headless chicken, and demanding chocolate (Lynn has assured me on several occasions that chocolate is the cure for all problems).

so the garden got a very quick makeover, all plans to dig out all the remaining roots and rocks abandoned in favour of a flatten it out, and sort it later approach 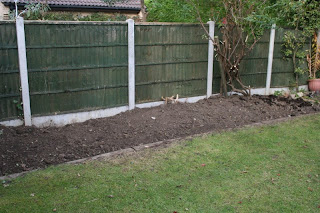 the house got a hoover and a very quick tidy, but E saved the day - his contribution when I asked him to make his bed was to create this adorable scene of domestic bliss - how can anyone resist living here now! 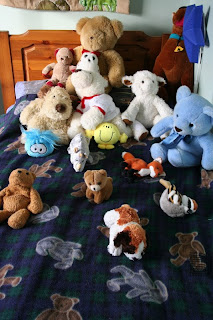 so they came, they left, I'm not holding my breath, but I am holding a pile of books, because whilst J is working at home today, which is seriously hindering my time on the computer, it did mean I was able to get in the attic, and rescue a stash of books! 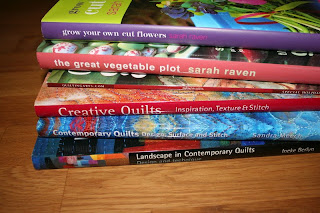 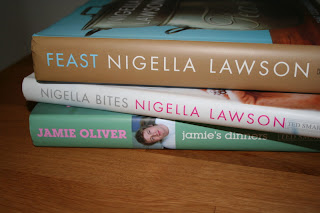